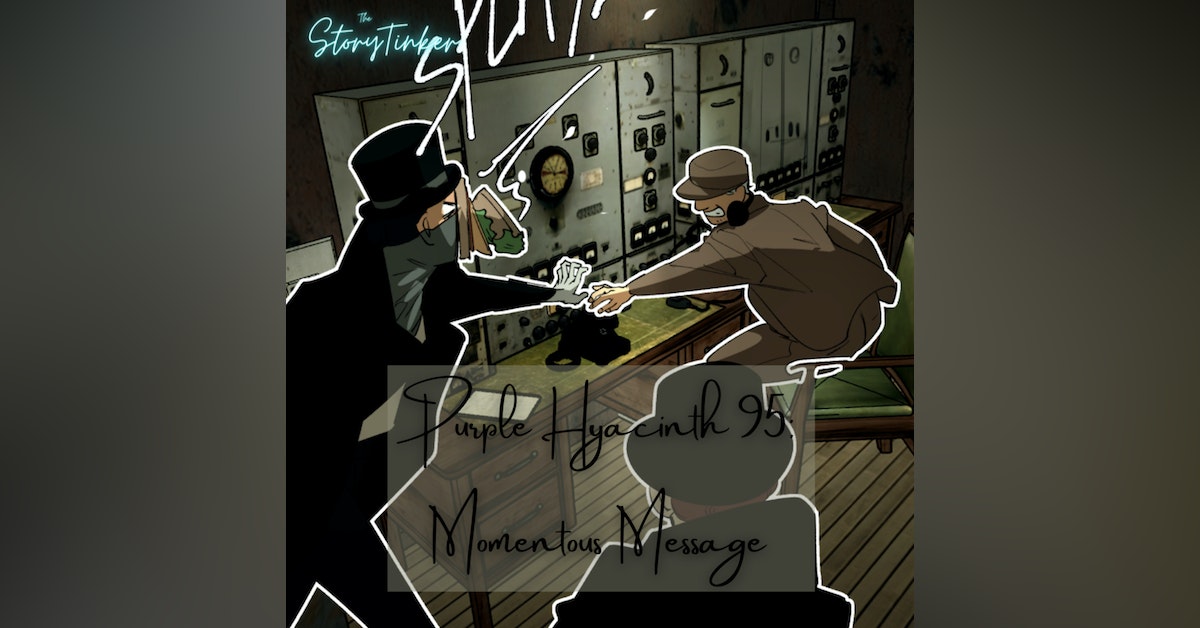 The two PS movers converse and their conversation is benign and stating the obvious... or is it??? To Meg's chagrin, we bring in the Kieran betrayal theory again, and speculate on what could happen with the mixed boxes.

We briefly pop into the APD and learn that Larry is going to check on the radio equipment on the roof. March says he will check on him if he isn't back in 15 minutes, which means that obviously, Larry won't be back in 15 minutes.

Lauren and Kieran look for a phone and end up finding a sandwich. Also a guy eating said sandwich. In a hidden room. Filled with police radio transceivers.

The phone gets smashed. So does the man's head. Also, goodbye, sandwich. No one gets to eat you.

Kieran puts on his sexy voice and attempts to sedu- cough -warn the APD. Of course, though, the communication is cut off. Storm? Larry? March? You decide.